In a bit of cheeky homage, I took the title of this post from an article I read many years ago. That article was about conversational terrorism. This post is not.

Rather, I want to say a few words about good conversation… because I have the impression this skill is slowly being forgotten.

I am old enough to have attended “charm school” as a little girl. Most people of younger generations probably never had the opportunity to learn the basics of social etiquette. This is especially apparent in the virtual world.

Social conversations in the virtual world can be fun, fascinating, intimate and revealing. But in the hands of someone who knows nothing of social etiquette, they are often distinctly unsatisfying, if not downright off-putting.

Social etiquette is all about being kind and thoughtful, and putting others before yourself. This is especially key in conversations.

Good conversation is not difficult. Just follow these guidelines, and you will make more friends, and have more pleasant social experiences. In sum:

Focus on the other person.

Listen attentively to what the other person is saying. Don’t just think about what you are going to say next. Pay attention to them.

Refrain from talking about yourself. Instead, show the other person that you are interested in what they are saying.

One way to do this is to ask them a question that invites them to say more.

One caveat about asking questions: be careful not to ask questions that seem intrusive by touching on highly personal or real-world information. Keep in mind that anonymity is important to most people in virtual worlds. They may not want to reveal what part of the world they live in, or details about their work, health, home or family life.

Another good way to respond is to rephrase or sum up what they have said. This is an effective way of letting someone know that they have been heard.

If someone shares excitedly about something they enjoy, acknowledge their joy… even if you do not share it. Nothing is more off-putting than responding to someone’s happiness by rejecting it, with some version of “I don’t like that.” It may be the most effective of all conversation-killers.

The underlying principle in all these examples is to focus your attention on the other person, and encourage them to talk.

No matter how much you are tempted, refrain from speaking negatively about others, especially those who are not present. You may think your opinions are interesting, and that everyone needs to hear them, but what usually happens is that your audience begins to fear that once their backs are turned you will be gossiping about them. Gossiping makes you untrustworthy, and is a conversation-killer.

Try to be positive, rather than complaining. Life is simply too short to waste time complaining about what’s wrong with the world. To start and sustain good conversations, focus on enjoyable things.

If you want to create and sustain good conversations, especially with people you are only just meeting, avoid controversy. Starting a conversation about politics, for example, is usually an effective way to alienate someone you just met, and bring up bad feelings. Save the debates for occasions when you are talking with close friends. 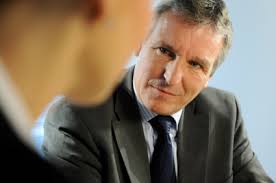 In summary: good conversation is about good listening—focusing your attention on the other person.

Why should we care at all about good conversation? What is the point of social etiquette? Most people love feeling that someone is really listening to them. And when you create good feelings in the people around you, you will also be making the world just a little bit better.

And that is worth doing!

After more than a decade exploring 3D virtual worlds and their possibilities for relationship and self expression, Camryn Darkstone is leading a life of quiet contentment, building and landscaping for Littlefield Grid with occasional projects in Second Life. Camryn has been active in online communities since the early 1980s, and, under other names, has written extensively about the ways that people relate to one another on the internet. Since 2009 Camryn has enjoyed a loving, consensual D/s relationship as submissive to Walter Balazic in both the virtual world and the "real" world. View all posts by Camryn Darkstone