Many subs before me have written on this topic, so I’ll admit right away that this thought is in no way original. Even so, I find myself musing this morning about “freedom.” And since this is my blog, for me to write down what’s on my mind, here it is. 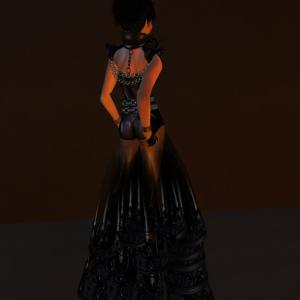 How can I explain it to them? How can I make them understand that “freedom” to me is unpleasant? How could I ever explain the depth of my longing for a certain captivity and confinement? How weird is it to actually want a man to be possessive and controlling? What modern American woman in her right mind would want to be owned, and would willingly — no, not willingly, joyously — surrender her freedom, allowing a man to control her and take away her right to make her own choices and decisions?

I don’t mean to say that it’s an absolute. It’s not submission unless it is freely given, and clearly, I had to have some degree of personal liberty so that I could choose to submit, and to whom. He did not take that from me against my will; I gave it to him. But to focus on that element is to miss what I’m trying to say.

The weird thing is that the tighter he holds me, the freer I feel. In fact, I need him to hold on really tight or else I don’t feel free at all. All those years when I was an equal partner, a self-empowered woman, in charge of my own life, I was vastly unhappy, and I felt chained and trapped and confined in a way that I no longer feel. Submitting to my Master, surrendering my control to him, makes me feel happy and gives me so much more pleasure than “freedom” ever did.

I don’t know why I’m wired this way. But I am. Giving up my life to his control is what sets me free.

After more than two decades exploring 3D virtual worlds and their possibilities for relationship and self expression, Camryn Darkstone is leading a life of quiet contentment, building and landscaping for Littlefield Grid with occasional projects in Second Life. Camryn has been active in online communities since the early 1980s, and, under other names, has written extensively about the ways that people relate to one another on the internet. Since 2009 Camryn has enjoyed a loving, consensual D/s relationship as submissive to Walter Balazic in both the virtual world and the "real" world. View all posts by Camryn Darkstone

5 thoughts on “The Chains of Freedom”