It was late April of 2010 when Walter first led us to explore grids other than Second Life. At that time, visiting other grids was pretty grim for those of us who find our pleasure the virtual world more by art and design than by technology. It’s hard to believe just how far we have come in three short years. What was the barren frontier has become a perfectly reasonable alternative to Second Life.

It’s been awhile since I posted anything about what I have been up to on our grid. So I’m taking this opportunity just to share a few snapshots of what I’ve been building.

In April of 2013, almost exactly 3 years after we first tried Opensim, in a vast leap of faith, we opened our own independent virtual world: Littlefield Grid. Here is our Admin Team arriving at the Grand Opening gala. 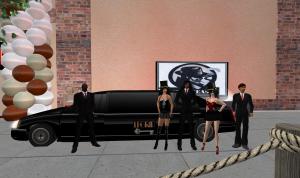 We just added our 500th member a couple of weeks ago, and are closing in on 600 already. Littlefield Grid consists of about 140 regions, centered around a central shopping district and five welcome and hangout regions. The welcome regions include Littlefield Hangout, a beautiful redwood grove. 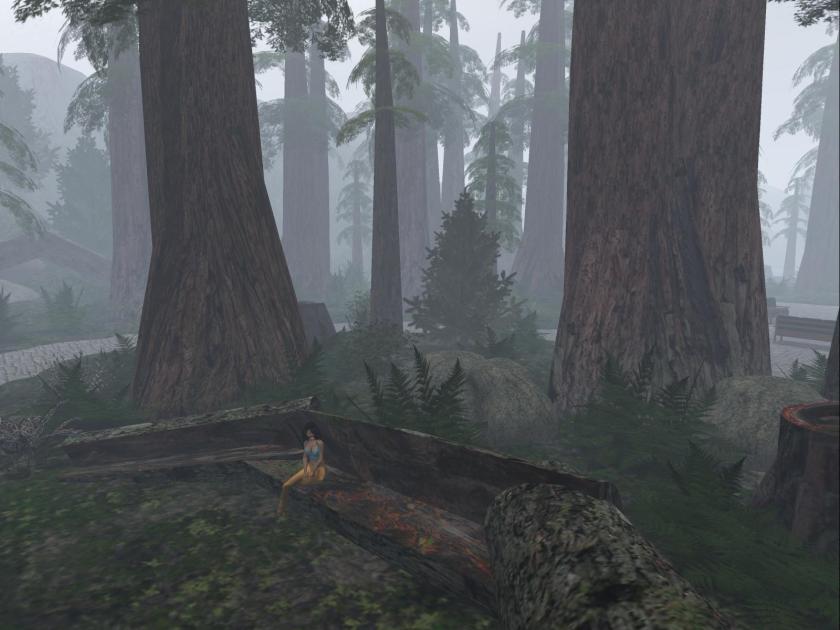 Littlefield Engineering is a hangout for those who like to talk tech. It was my experiment in Brutalist architecture.

One of Littlefield’s distinctions is our enthusiastic band of content creators. I have built lots of stores for them, where they share their creations with members for free. For me, building a store is often an opportunity to explore a new architectural style. I created a few stores in Art Deco style for my beloved who especially likes that style. 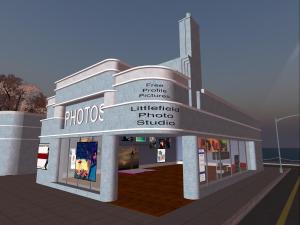 One of the biggest challenges, when we left SL for the Opensimulator world, was vegetation. The quality of available landscaping materials in Opensim worlds in 2010 was distressingly poor, especially compared to what was available in SL. But three years later, things are looking up; we now have one whole sim of good plants and decent trees (and they are all free to our residents). 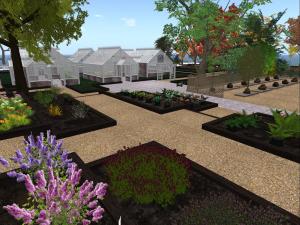 I enjoyed learning about Victorian style when building this Queen Anne and a Victorian shopping street. 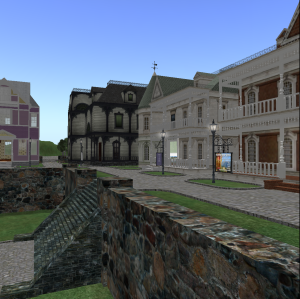 One of my most recent builds was a conference center in the style of a mountain lodge – my little homage to the luxury hotels in the National Parks of the Western U.S.

For more snapshots of Littlefield Grid, with many more photos of my builds, visit Camryn’s Flickr stream.